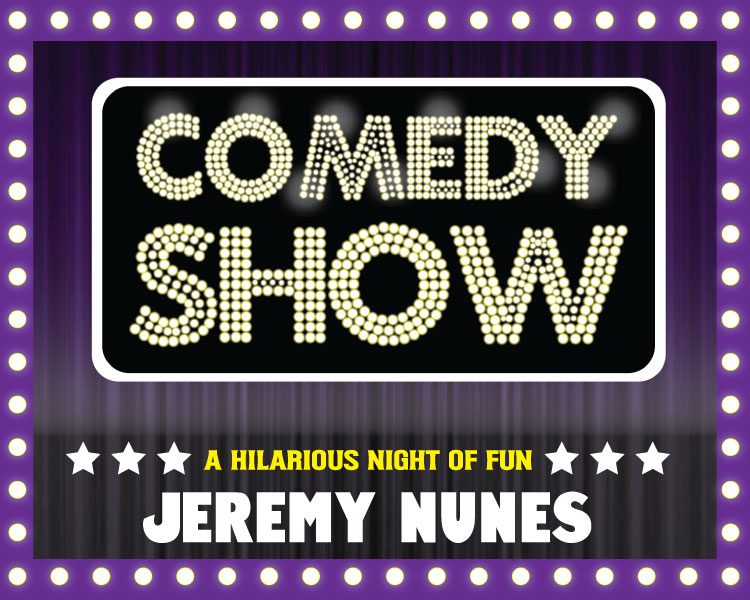 Join us for another night of laughter with Jeremy Nunes. Jeremy’s Dry Bar Comedy Special, Neighborhood Sasq-Watch, is one of the highest rated episodes on the platform. Nunes also released an Amazon Prime special titled Who’s With Me?! He has appeared in The Layover, The Break-Up, Last Comic Standing, Final Witness, 2 PBS mini-series, Comcast on Demand, a National Geographic Special and heard on ESPN Radio. Nunes is also one of the most requested comedians by Sirius/XM Satellite Radio listeners. He hosts the award winning comedy-meets-pro-wrestling podcast Dynamite Drop In.  He has since returned to his rural hometown where his parents manage a trailer park. Though he really wants to cash in on that gold mine, he continues to tour instead. Well, he tours when he can, because he got elected mayor of that town! He even wrote a best-selling book about his experiences called You Can’t Write City Hall. Audiences are treated to observations of rural life, working as a small-town Mayor, tales of marriage and raising kids, and plenty of stories about his wisecracking Dad. Plus, hear the jokes that put him on the Bob and Tom radar!  This one-of-a-kind act is a must see… Who’s with me?!

All Sales Are Final