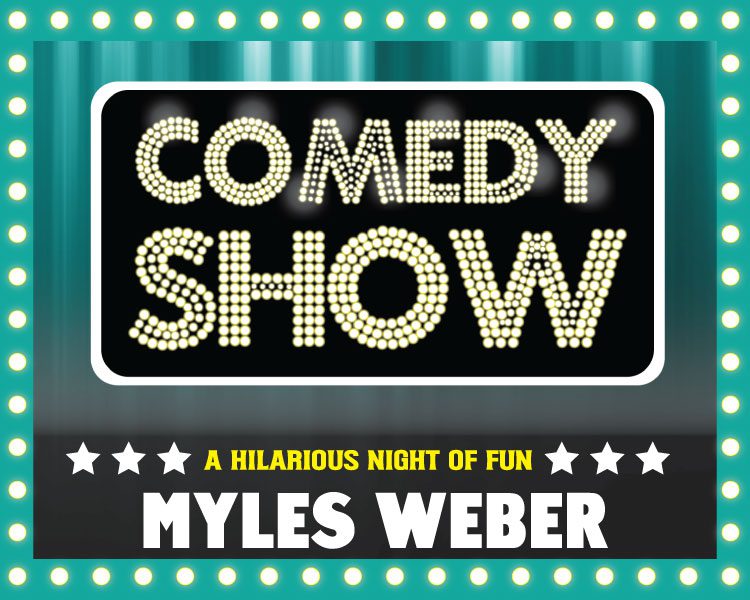 Join us for another night of laughter with Myles Weber. Myles Weber is a Comedian on the rise. In addition to being on MTV’s Greatest Party Story Ever Told, his Dry Bar Comedy Special was voted 8th best on Dry Bar in 2021.  He has also been apart of some of the biggest Comedy Competitions and Festivals in the United States. He took first place in the 40th Annual San Francisco International Comedy Competition. Weber was the second youngest to win the competition and one of only two comics to ever sweep the whole thing. He has also faired well in festivals, being among the “Best of The Fest” groups at the Burbank Comedy Festival, San Luis Obispo Comedy Festival (2x) and Big Pine Comedy Festival.

All Sales Are Final