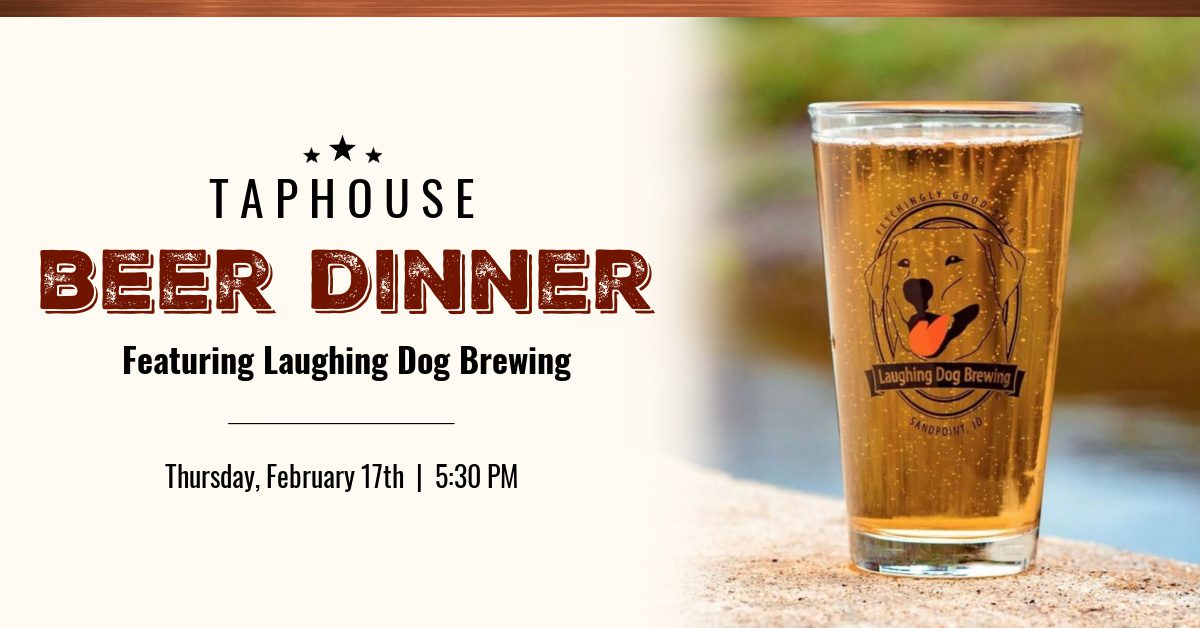 February Forecast: 100% chance of beer! Grab your pals and join us Thursday, February 17th (5:30 PM) for our next Beer Dinner with Laughing Dog Brewing!

Laughing Dog Brewing began as a dream in a small town in Northern Idaho in 2005. It has since turned into an insatiable desire to craft quality beers of all flavors.

They believe craft beer creates community, and hope they can bring people together over beer in our taproom.