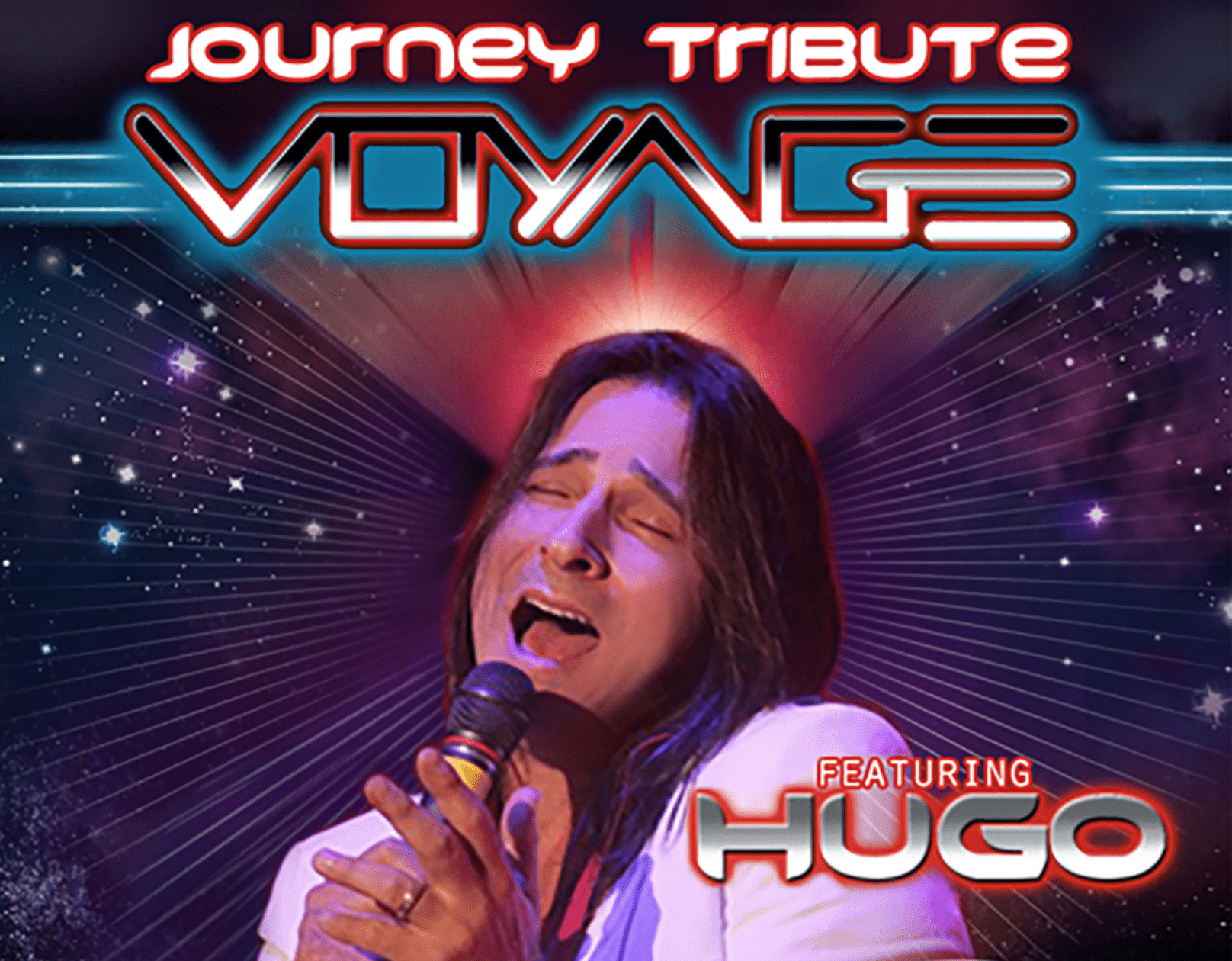 VOYAGE has been hailed by fans and critics alike as the #1 JOURNEY tribute band in the world, performing JOURNEY’s music with chilling accuracy! Since 2005, VOYAGE has dominated America with more sold-out shows than any other tribute.

Singer Hugo, is an absolute dead ringer for Steve Perry, both visually and vocally. He continues to stun fans with his miraculous resemblance, exact mannerisms and identical voice to Steve. Fans agree that VOYAGE delivers the closest experience to the original Steve Perry fronted lineup.

The band also features world-class musicians; Robby Hoffman, Greg Smith, Lance Millard and Dana Spellman, who along with Hugo have brought the show to critical acclaim through the many sold-out shows as well as private and corporate events throughout America.

VOYAGE takes you back to the ’80’s era when the timeless music of JOURNEY ruled the airwaves. The talent of these five guys together has brought the meaning of TRIBUTE to a whole new level. See it to believe it!

Playing all the hits including:
DON’T STOP BELIEVIN’
SEPARATE WAYS
FAITHFULLY
ANY WAY YOU WANT IT
OPEN ARMS
WHEEL IN THE SKY
LIGHTS
OH SHERRY
STONE IN LOVE
SEND HER MY LOVE
LOVIN’ TOUCHIN’ SQUEEZIN’
WHO’S CRYING NOW
ONLY THE YOUNG
And many many more!