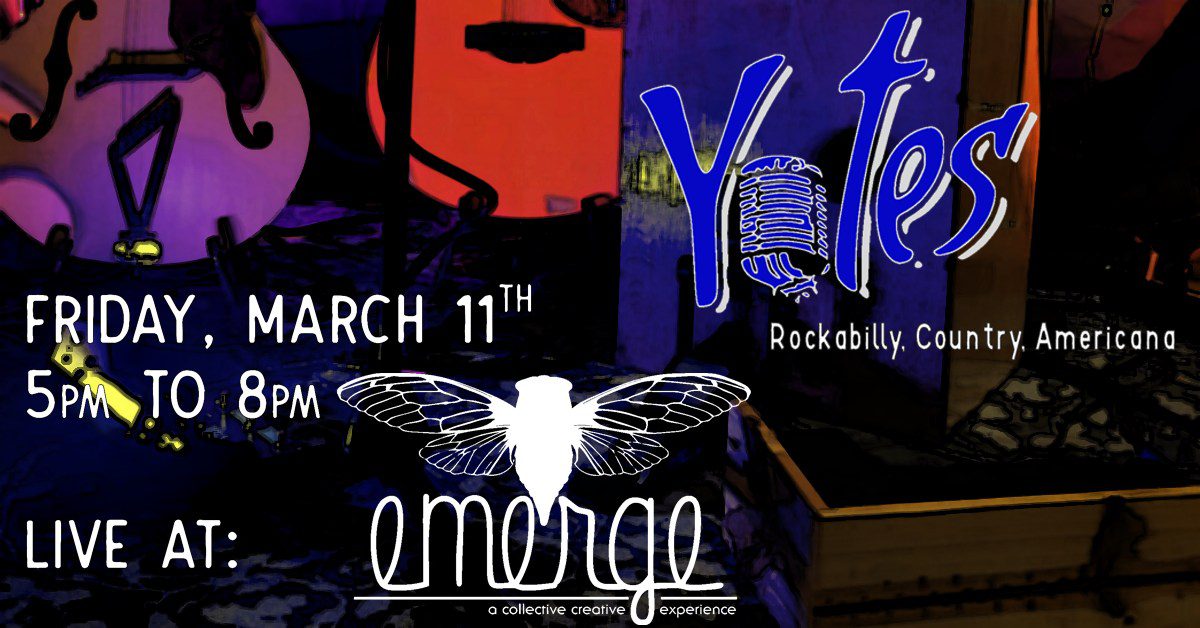 Blending a wide variety of musical influences, along with the comfort on stage that comes from over two decades of performing, Yotes entertains audiences with a mix of songs from 1950’s country, 1980’s neo rockabilly, modern Americana, and many genres and eras in between. He mixes songs by Johnny Cash, The Stray Cats, The Blasters, and Murder By Death with his own compositions. Old favorites are interspersed with some of his favorite songs by friends and up-and-coming artists he’s met through the years.
In 2009, when his existing band chose to take some time off, Yotes began performing as a solo artist. Over the years Yotes has played in blues bands, psychobilly bands, and toured the US in a Johnny Cash tribute. As he continued to develop his one-man show those experiences shaped his approach producing and performing his act. Yotes’s solo performances have become a tribute to the artists and music that have influenced his music, a respectful nod to some of his favorite contemporaries, and a testbed for new music as it’s written.
Yotes currently performs throughout the Pacific Northwest. In addition to his solo work he has a Rockabilly trio known as The Roostertails and plays bass part-time for Reno, Nevada’s Hellbound Glory.