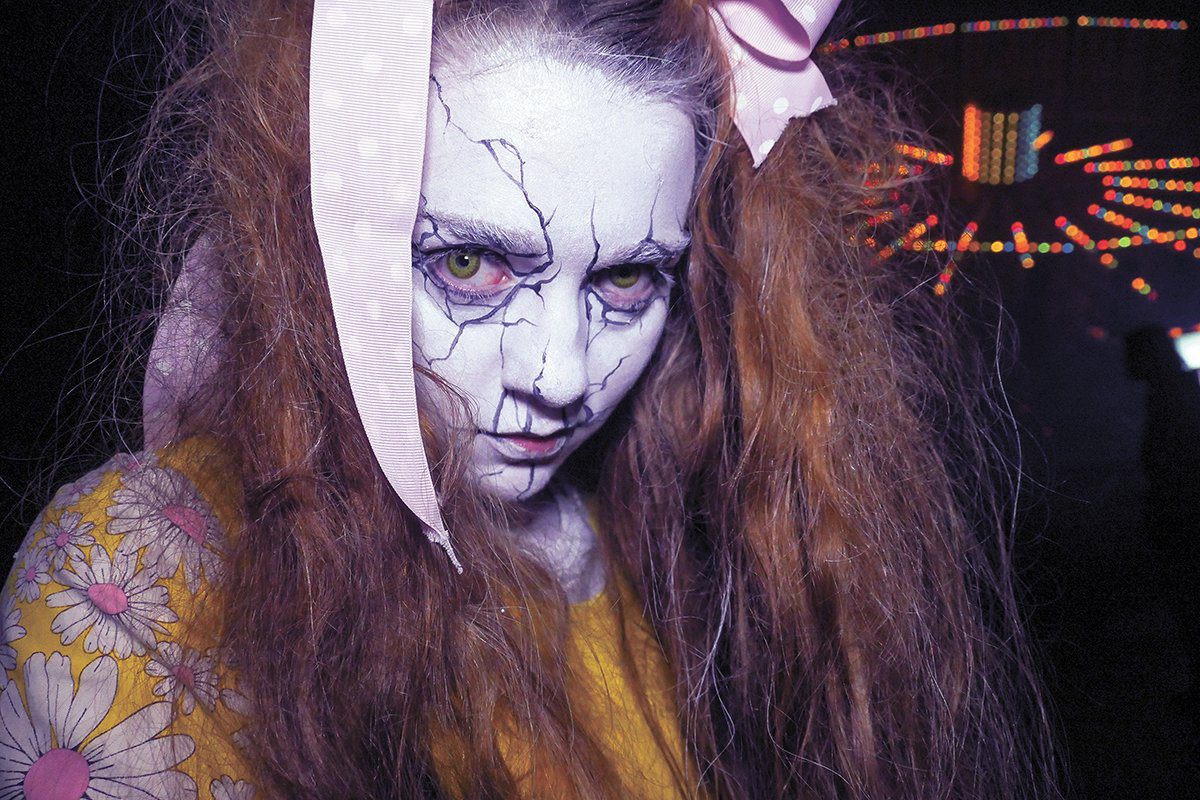 The countdown begins.
As leaves rustle, days shorten and nights get wonderfully crisp, many creatures are hunkering down for winter… but not at Silverwood Theme Park. There, in just seven days, the otherworldly assortment of creatures that transform Silverwood to SCARYWOOD come to life. On Oct. 3, demented clowns, creatures from the crypts, spooky scarecrows, and other frightening figures will be in position to do what they do best: making you scream with horror and delight.
Are you brave enough to enter the “scare zones?” There’s the Scarywood Nest filled with spidery scares, the Quarantine Zone where zombies rule, and Clown Town where the only ones laughing are the creepy clowns.
Not scary enough? Head to any of the park’s five “haunts,” special areas where warnings indicate the shock level from mild to maniacal. Make your way carefully through the Level 3 maze of Total Darkness. If you have a strong stomach, try the Level 4 Blood Bayou, full of gore. The Level 5 Planet Zombie haunt is a nightmare war zone where you become part of the fight for survival.
New this year, which is the 10th anniversary of Scarywood, is Dr. Delirium’s 3D Rockhouse. Get your 3D glasses and take a trip to crazyland as you navigate hidden scares and surreal illusions in this raucous new haunt. 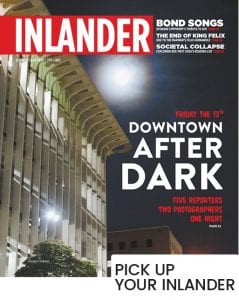 Many of your favorite Silverwood rides are open too. The Log Flume has you hurtling into the night, in and out of tunnels and plunging over a steep drop. The Corkscrew features a 70-foot drop and gravity-defying twists and turns. Spincycle has you spinning on a stationary disk as you rock back and forth like a pendulum, higher and higher until — whoops — you flip over, still spinning and still screaming. After you leave the loading station on Timber Terror, you’ll climb up 85 feet in the air before dropping into the first chain of hills, when you’ll experience a sense of weightlessness the ride is known for. But the ride’s not over yet. As you head back, you’ll scream your way through another run of hills before roaring into a crushing 360-degree turn, finally arriving back at the loading station. All while facing backwards!
Scarywood is only open select dates through Nov. 2, Thursdays being the least crowded and best ticket value, starting at $27. Thursday-Saturday, Be there for opening weekend! Show your season pass on Oct. 3-5 and get $10 off regular admission. On the closing weekend in November, public service heroes get in free with appropriate identification. That means all firefighters, active military, veterans, police, and EMT’s on Nov. 1 or 2. Visit scarywoodhaunt.com for more information including parking, restrictions (not recommended for children under 13) and ticketing. 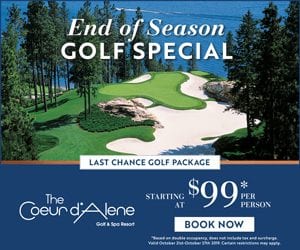 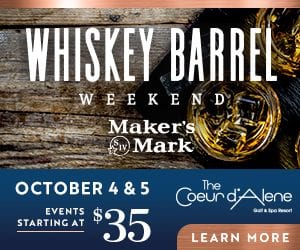 Silverwood’s Community Appreciation Weekend
SEPTEMBER 28-29
Squeeze some summer-like fun out of September during Silverwood’s Community Appreciation Weekends where park admission is discounted and $4 from every adult ticket and $1 from each youth/senior ticket is donated to local food banks. Admission is $38 (ages 8-64) and $21 (ages 3-7 and 65+). Save even more when you buy your tickets at silverwoodthemepark.com.

Whisky Barrel Weekend
OCTOBER 4-5
Mark your calendars! The Coeur d’Alene Resort has partnered with Maker’s Mark Distillery for the first-ever Whisky Barrel Weekend. Taste up to 100 varieties of whiskey, attend a whiskey seminar or enjoy a whiskey themed lake cruise. Details at visitcda.org.