Quenching Your Thirst for Adventure 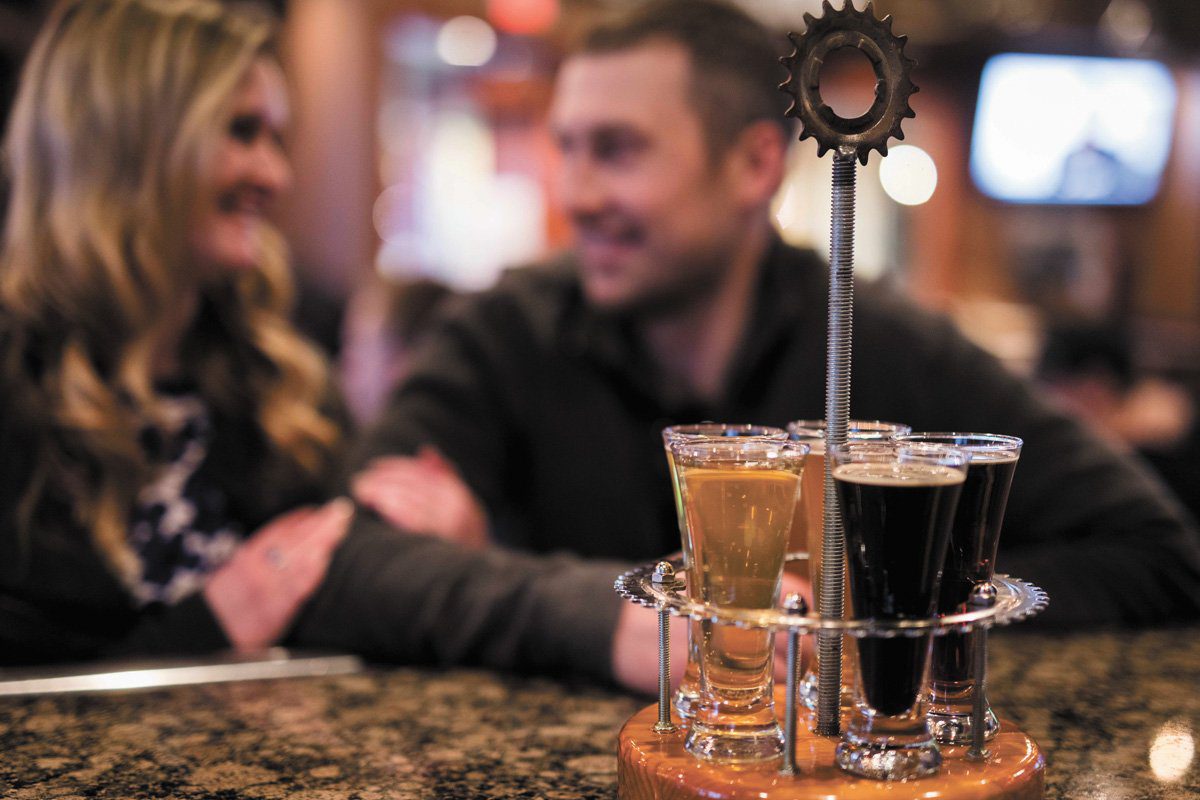 Maybe you wet your whistle for good beer during Oktoberfest celebrations, including the one in downtown Coeur d’Alene recently. Or you’re just jonesing for the simple pleasure of having an adult beverage with others, especially outdoors on the patio while the weather is still oh-so-fine. Either way, Coeur d’Alene is beer-central for you and your besties in the quest for a pint.

Start your adventure at COEUR D’ALENE TAPHOUSE UNCHAINED (cdataphouse.com), with 24-rotating taps (including cider) and a weekday happy hour 3:30-5:30 pm. In addition to their full-service bar, Taphouse Unchained has a full-service menu from handhelds like burgers, sandwiches and pizza, to appetizers and entrees.

Just down the street, CRAFTED TAPHOUSE + KITCHEN carries more than 60 rotating taps (craftedtaphouse.com) and is known for their gastropub menu and huge patio, firepits at the ready for those cooler breezes off the lake in the fall.

Have a pint of Guinness with your bangers and mash at CROWN AND THISTLE (crownandthistlepub.com), a British-style pub with a modest yet impeccably curated beer list, including traditional cask-conditioned ales.

BIER HAUS covers a different part of the European scene with imported cans and bottles, as well as classic German beers on tap like Munich’s own Hofbrau Original and Dark, both. Check out their outdoor “biergarten” and their German-inspired menu, from schnitzel to sauerkraut.

If your geographic focus is more local and you’re willing to branch out from Sherman Avenue, try SWEET LOU’S RESTAURANT AND TAPHOUSE (sweetlousidaho.com), where Northwest beers are highlighted, the burgers are definitely sweet and the view of the lake is not to be missed.

Just across the street, pay homage to one of Coeur d’Alene’s oldest sports bars: CAPONE’S PUB & GRILL, with “more taps than tables” (caponespub.com/locations/cda-pub). One of three such locations, Capone’s Coeur d’Alene is the place to go for weekday happy hour (3-7 pm), some of the best pizza in town, and an assortment of beer that will leave you wondering how soon you can plan your next beer run into Coeur d’Alene.

Join local historians and tribal members for a day of storytelling and a visit to the Steptoe Battlefield State Park Heritage site, where a conflict erupted between the U.S. government and the Coeur d’Alene, Palouse and Spokane Tribes. $50, 8:30-4 pm, Coeur d’Alene Casino.

Experience fall golf at its finest — and at some of the best prices of the year. Circling Raven’s Fall Special features 18-holes of this award-winning course, a cart, GPS and use of their practice facility for only $55.